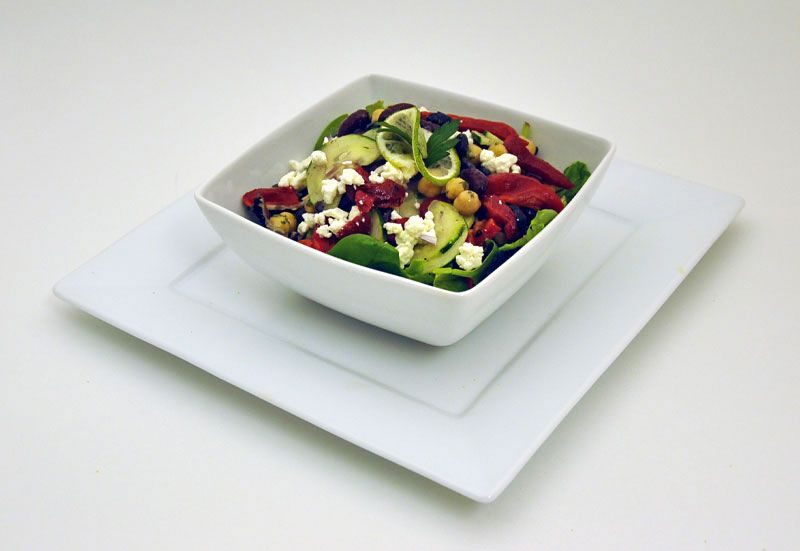 A mixture of garbanzo, kidney and black beans with red onion, cucumber, corn, roasted red pepper and a cilantro-lime vinaigrette, served on a bed of arugula and topped with feta cheese; served with Italian bread.

Paul H. Levy founded The Whole Person in 1978.  Literally hundreds of thousands of people with disabilities have been served by The Whole Person since that time.  Mr. Levy’s vision is as relevant today as when he wrote his autobiography and founded The Whole Person.  “Remedying one problem at a time was not going to correct the scope of unresolved issues that were laid before the vast and varied disability community. The concept of a group that would be empowered to tackle sweeping community issues as well as the individual needs of persons with disabilities was forming more clearly in my mind. Filled with the highest expectations, I founded The Whole Person. Individuals with any disability, mental and/or physical, now more than ever would be integrated into all aspects of community life; and rise up out of their passivity, or invisibility.  Since I had been working on developing myself into a whole person, I, too, thought it appropriate for other people with disabilities to grow beyond their physical identity to develop all aspects of who they were. Also the person with a disability would be reminded and encouraged by this name to “become the best he or she could be. On the other hand, the name, The Whole Person, would be a way to remind the public to involve themselves with those with disabilities, seeing each in his or her entirety as complete, potentially whole persons with varied abilities and interests. The public would look beyond the disability, the points of difference, to accept a person for his intellect, humor, expression, skills, potential and, above all, individuality.”